Written by Airports & Beyond on April 2, 2016. Posted in Excursions

Just outside Nairobi, this is home to large herds of Zebra, Wildebeest, Buffalo, Giraffe, Lion, Cheetah, Hippo, Rhino and even birdlife (over 400 species). Here you can also go on the Nairobi Safari Walk, an educational centre to make people aware of wildlife and habitat conservation. Also in the park is the Nairobi Animal Orphanage.

This Orphanage takes in elephant calves and rhinos from all over Kenya which were orphaned by poaching. Showing is only once per day from 11am-12pm and gives you a great opportunity to interact directly with baby elephants.

In Lang’ata right outside of Nairobi. The Centre breeds the endangered Rothschild Giraffe and has conservation/education programmes for Kenyan children. It also has many warthogs. Here you can feed giraffes by hand. (their tongues can get up to 20″ long and are antiseptic).

Typically the 3rd stop for most tourists after the Elephant Orphanage and Giraffe Center, this pleasant park is home to ostriches and crocodiles. Surprisingly quite interesting as you get the chance to interact directly with crocodiles and even hold a baby, with very knowledgable employees serving as guides.

About 1.5hrs outside of central Nairobi, this area is a haven away from the chaos of the city where many 3rd and 4th generation British colonialists continue to reside. Crescent Island is a particularly nice place to visit, even if you have already done a safari. Unique because it gives you the opportunity to walk around the grounds literally alongside giraffes, zebras, wildebeest, impalas, etc.

65 km from Nairobi, is centred around a 2,146-m (7,141 ft) mountain. This is a mountain forest and plain land, with a large population of Buffalo. It also serves as a refuge for Colobus monkeys, bushbuck, duiker, leopard, and a large variety of bird species.14 Falls, a waterfall at Thika.

Thomson’s Falls is a 74 m (243 ft) scenic waterfall on the Ewaso Ng’iro river, which drains from the Aberdare Mountain Range. It is situated two miles from the town of Nyahururu in central Kenya, at 2,360 m (7,750 ft) elevation.

Built in remembrance of the struggle for independence, which Kenya was granted in 1963. The monument is a 24-m (79 ft) high triumphal column supporting a pair of clasped hands and the dove of peace, high over a statue of freedom fighter raising the flag. The monument is surround by fountains and lush-landscaped gardens.

Where visitors can learn about Kenya, its history and culture. The museum celebrated 100 years in 2010. A live snake compound is adjacent but not for the timid.

Visitors can learn more about the history of Kenya’s rail and the Kenya/Uganda railway. It also houses, some of the engines and rolling stock from the country’s colonial period.

Is based on the Karen Blixen’s book “Out of Africa”. Her house is now the home of the museum. It is on the outskirts of Nairobi and a taxi or bus can get you to the museum. 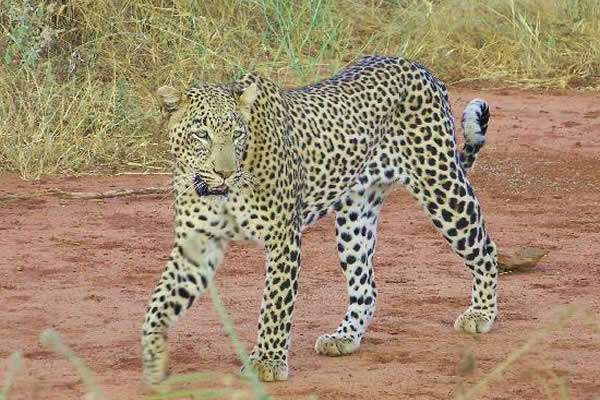 Written by Airports & Beyond on April 2, 2016. Posted in Mombasa Safaris

Drive along the main Mombasa-Nairobi  highway to the Tsavo East  National Park and enter the park through Buchuma Gate.

You will begin searching for animals on entry into the park passing via Aruba Dam and Kanderi Swamp where more animals could be found. 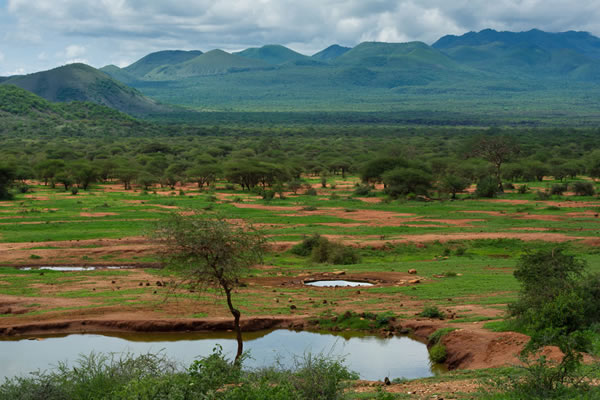 Written by Airports & Beyond on April 2, 2016. Posted in Mombasa Safaris

Pick up in the morning and drive along the main Mombasa-Nairobi highway to the Tsavo East National Park through Buchuma gate.

we shall begin game viewing on entry into the park passing via Aruba Dam and Kanderi Swamp where more animals could be found.

Tsavo East National Park is one of the world’s greatest Wildlife Sanctuaries noted for its vast elephant herds and a variety of wild animals. Lunch time will get us at the lodge where we will check in, enjoy lunch buffet and relax within the lodge/camp. 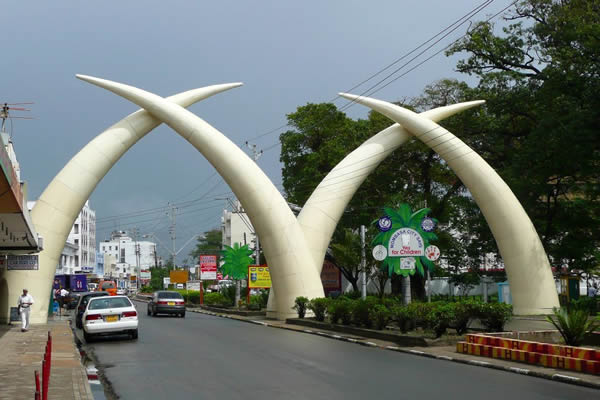 Written by Airports & Beyond on April 2, 2016. Posted in Excursions

Pick up shall be in the morning or afternoon from your hotel. The tour picks out some of the highlights of this colorful city including the bustling fruit and vegetable market. The Old Town and Port, Fort Jesus the famous Elephant Tusks in Moi Avenue and Akamba Wood Carvers Centre.
Later you shall be dropped back to your hotel.

Depart after lunch for Bamburi Quarry Nature Trail. The wasteland of the stone quarry has been reclaimed and amongst casaurina trees and other tropical floral reside a variety of wildlife like Buffalo, Hippo and Mzee tortoise, Crocodiles and other Reptiles are found

You shall be picked from your hotel early in the morning. Drive further south to Wasini Island.

Board a traditional sailing dhow visiting the spectacular Marine Park of Kisite, home to a myarid of tropical fish and lovely coral formations. During the morning there will be opportunities for snorkeling on the shallow reef, dolphins might be seen, followed by a fresh seafood lunch on Wasini Island .

In the afternoon there shall be a visit to a Swahili village before returning to the mainland and back to the hotel.

Pick up shall be from your hotel whereby you proceed to the ferry to south coast.

Later proceed to the historical small fishing village of Shimoni on a drive via coastal settlements with views of palm trees, cashew nuts, mango tree plantations.

The day tour includes snorkeling at the Kisite Mpunguti marine park,Dolphin encounters & sea food lunch
Snorkel and marvel at the rich marine life where corals, exotic fish and sea plants are protected. As we sail in the calm waters, we shall be in search for the dolphins that approach our dhow and beckon us to join them for swimming.

The Wasini island tour is a fun and discovery land of pure Swahili Culture. We shall also be visiting the giant coral garden and mangrove forest.

Later, settle down for barbeque seafood lunch with local Swahili accompaniments later board your dhows for the sail to the mainland jetty at Shimoni.

If time will allow there shall be a visit to the Shimoni caves where slaves were “stored” during the old slave trading days before shipment to the Zanzibar slave market.
Price per person: USD 135

The Tamarind dinner dhow experience starts with a pick up from your beach resort for a transfer to the tamarind restaurant jetty.

The Tamarind dinner dhow offers the best seafood and dining experience with sumptuous seafood meal, dancing under the stars and a gentle cruise through the peaceful creeks of Mombasa .
Suitable for a romantic or group dining experience
Price per person: USD 105

Snow-capped Mount Kenya is Africa’s second highest mountain, a stunning and challenging destination for climbers and trekkers. Below the mountain’s alpine meadows roam Mountain Elephant, Black Rhino, Cape buffalo and Antelope. On its lower slopes is Ol Pejeta, a private ranch and Rhino sanctuary and nearby is the famous Mount Kenya Safari Club founded by William Holden. The Aberdares sport high alpine moorland and primeval aloe forest. Here you can visit Treetops where Leopard can regularly be seen refreshing themselves.

Found in the northern part of Kenya. This national park is abound with wildlife and embraces the most captivating sceneries in the country. Leave Nairobi in the morning to arrive in samburu in time for lunch at your lodge or camp. The semi-arid country of northern Kenya, framed by volcanic mountain ranges and dotted with lakes, each unique. Throughout the region, rare animals abound; the Reticulated Giraffe, Beisa Oryx, Grevy’s Zebra, and long-necked Gerenuk. Adjacent to this area is the beautiful Meru National Park home of Elsa the Lioness befriended by Joy and George Adamson and featured in Joy’s Book and the film, Born Free.

Lakes Naivasha and Nakuru, are a perfect day trip from Nairobi and the stopping off point for hundreds and thousands of Flamingoes. Lake Bogoria features hot springs, the sight of fishermen in papyrus boats and the rare Greater Kudu. Nakuru boasts the rare Rothschild Giraffe and an extraordinary Rhino sanctuary. While Naivasha is best seen by boat. Further west is Lake Victoria, source of the Nile, and the Afro-Alpine flora of Mt.Elgon National Park, both reached through immense pre-historic landscape of the Rift Valley.

The Samburu National Reserve is located on the banks of the Ewaso Ng’iro river in Kenya. On the other side of the river is the Buffalo Springs National Reserve. The park is 165 km² in size and is situated 350 kilometers from Nairobi. It ranges in altitude from 800 to 1230m above sea level. Geographically, it is located in Samburu County. In the middle of the reserve, the Ewaso Ng’iro flows through doum palm groves and thick riverine forests. It provides water, without which the game in this arid region could not survive.

The Kenyan coast is lined with pristine white sand beaches fringing the warm inviting waters of the Indian Ocean. Here the wilderness meets the sea, and the ocean itself holds a world of spectacular coral reefs teeming with life and colour. The coast is a place with a long and exotic history, its calm blue waters the traditional passage of the Arabian Spice Trade. You can book a trip to all these places in the Kenya Coast.

The park lies in Central Kenya, 140km north-west of Nairobi, in Nakuru district of the Rift Valley Province. The ecosystem comprises of the lake, surrounded by mainly wooded and bushy grasslands. The park supports a wide ecological diversity with Flamingos (Greater and Lesser) and other water birds being the major attractions of the area. The ecosystem provides for about 56 different species of mammals including the white rhino and buffaloes and a variety of terrestrial birds numbering nearly 450 species.

Airports and beyond is a tour operator company that prides itself on a strong reputation for quality and reliability built up over many years of delivering the highest level customer satisfaction in African safari expeditions and adventure. We work in collaboration with our exclusive overseas partner Flyga Twiga, with locations in North America and Asia.

We are located at Wilport Apartment,
Wilson Airport Nairobi,
Kenya.
Opposite KAA office